A recent cannabis educational event in Piedmont SC, hosted by the South Carolina Compassionate Care Alliance, highlighted the communities interest in this issue as well as their determination to work through it appropriately.  Several speakers presented their viewpoints and even testimonials regarding the controversial matter of using cannabis as a medicine. 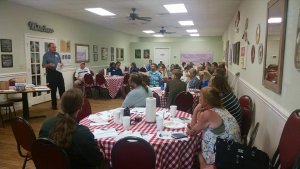 Rob Ianuario, an attorney in Greenville SC, presented testimony of his experiences over the years helping victims of domestic abuse and alcohol addiction. His speech at the event reinforced what is commonly perceived about marijuana regarding its dangerous nature. “You don’t see somebody stealing the TV just to buy a bag of pot. It just doesn’t happen.” and tales of suspects caught with marijuana, who appreciated their professional treatment while in police custody so much that they wrote a letter of appreciation to the police department after bonding out seem evidence that in and of itself – marijuana is not dangerous. 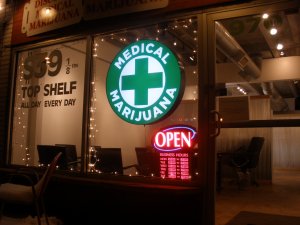 Dr. Bill Griffith of Anderson SC presented testimony of a friend he’s met recently with a severe pulmonary condition who was given just 3 months to live. Several months after starting cannabis therapy this person is now walking around the yard and enjoying life once again.

Despite these positive stories the fact remains that cannabis is illegal in South Carolina. Using it, even therapeutically for life threatening conditions, can still result in incarceration and a criminal record. That is why the South Carolina Compassionate Care Alliance hosts these cannabis educational events, so that one day perhaps South Carolina can join the growing majority of states that allow for safe and legal access to medical cannabis.