Last month, The New England Journal of Medicine substantiated that cannabis is medicine in a new study regarding the benefits of cannabidiol for patients who have been diagnosed with a rare and hard-to-treat form of epilepsy called Dravet’s Syndrome.

Why is this important?

This is big news in the world of medical cannabis because it is the first randomized double-blind controlled study using any compound derived directly from the cannabis plant.  The fact that patients who participated found positive results clearly demonstrates that cannabis IS medicine. 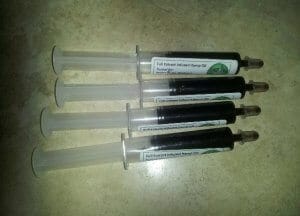 In a recent article, “Study:  Marijuana extract helps some kids with epilepsy,” by associated press writer, Marilynn Marchione, one study leader, Dr. Orrin Dravinsky of NYU Langone Medical Center, stated “This is the first solid, rigorously obtained scientific data that a marijuana compound is safe and effective for this condition.”  The article conveys how “research into promising medical uses has been hampered by requiring scientists to get special licenses, plus legal constraints and false notions of how risky marijuana is.”  Devinsky said “Opiates kill over 30,000 Americans a year, alcohol kills over 80,000 a year. And marijuana, as best we know, probably kills less than 50 people per year.”

The product being studied, Epidiolex, is produced by the British company, GW Pharmaceuticals.  According the Marchione’s article, the study included 120 children and teens, age 2 to 18, in the US and Europe. “They took about a teaspoon of a sweet-smelling oil twice a day (drug or placebo) plus their usual anti-seizure medications for 14 weeks.”  Their symptoms were then compared to the previous four weeks.  For patients taking the CBD Oil, the decrease in the frequency of convulsive seizures was 23% greater than the decrease in seizures among children taking the placebo.  Three patients on the drug even became seizure free during the study. Again, we clearly see that cannabis IS medicine. 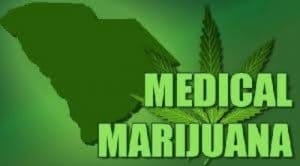 In 2014, Julien’s Law was passed by the South Carolina General Assembly. This section of the South Carolina Therapeutic Medical Marijuana Research Act allowed patients to possess and doctors to recommend under FDA approved clinical trials Cannabidiol Oil that contained no more than .9% THC (tetrahydrocannbinol) and at least 15% CBD (cannabidiol), the two main compounds found in the cannabis plant.

The Medical University of South Carolina (MUSC) was chosen by GW Pharmaceuticals to be one of the test sites, due largely in part because of this piece of legislation.

I spoke to the lead investigator of the MUSC clinical trial, Dr. Jonathon J. Halford, MD FACNS FAES who is the Director of Clinical Trials and Patients Registry Research as well as an MUSC Associate Professor of Neurology.  He didn’t share the specific details of the MUSC study because he felt that “reporting statistics from just our site at MUSC would not mean anything from a scientific perspective.”  He did, however, report that all eight participants were South Carolina residents and that the “subjects in the study (and/or their families) liked the study drug…which is an oil extract from specially bred marijuana plants with high CBD content and very little THC content.”  He also stated that all patients who began taking the study drug have continued taking it (after the completion of the trial). Cannabis IS medicine

Dr. Halford will be one of the authors on a clinical trial scientific report at the American Epilepsy Society annual meeting in Washington, DC this December.
With the proven success of Cannabinoids in helping reduce seizures, more research and more opportunities will hopefully be forth coming.

This is the story of one patient from South Carolina who participated in the Epidiolex clinical trial conducted by Dr. Orrin Dravinsky at NYU Langone Medical Center, as told by her mother. Her name has been changed to protect her identity.

Ashley is a sweet, loving 21 year old young lady who has been fighting epilepsy since the age of one. Within the year and a half following that very scary first episode, her seizures became increasingly worse which led to her being, in what the doctor’s called, an absence stupor. She was having 250+ absence seizures daily and 3- 4 grandmal seizures a week.

We traveled to different hospitals throughout the southeast looking for a treatment option that would work for Ashley.  After being on special diets, neurosurgery, and taking so many different medications they’re difficult to count, we were finally told that Ashley’s  epilepsy was medically intractable.

We received amazing news 2 and 1/2 years ago that Ashley was able to participate in a medical trial conducted by her doctor and GW Pharmaceuticals. The experimental treatment was cannabis oil and it has been a miracle! Ashley’s seizures decreased by 50- 75%!!!! She is still holding strong today. Not only has Ashley experienced a significant relief in seizure activity, but we have also seen an alertness we hadn’t seen in quite a long time.
Ashley’s Mother

Another FDA clinical trial that hopes to demonstrate the benefits of smokable cannabis to treat PTSD in Veterans has been seven years in the making and is still facing delays. After years and layers of approvals, Dr. Sue Sisley finally got the green light to move forward with her study.

Unfortunately, the government grown supply of cannabis that was to be supplied by the University of Mississippi arrived moldy and unfit for human consumption.

In hopes of encouraging more research on cannabis and cannabinoids, a bipartisan bill was introduced in the US Senate just last week. The Compassionate Access, Research Expansion and Respect States Act, or CARERS,  remove some of the barriers to research, including the NIDA supply from Mississippi, it would prohibit the federal government from interfering in states’ medical cannabis programs, allow doctors to discuss medical cannabis treatments with their patients in states where it is legally allowed, and remove CBD completely from the definition of marijuana (and the DEA’s list of controlled substances).

Please join SC Compassionate Care Alliance and it’s many supporters by signing and sharing the petition below that asks our US Senators to cosponsor this vital piece of legislation so that we can see more research and more patients success using cannabis-based medicines.

Numerous authoritative health and other professional organizations have issued statements regarding their position that Cannabis IS Medicine.

I’m looking for an answer to pain. I’m a 79 year old vet who has pain in my lower back and my knees.

I apologize but I have just discovered several messages on our website. They only show up on my laptop, which I very rarely use. I would like to encourage you to reach out to your state lawmakers and encourage them to support the SC Compassionate Care Act, which is the comprehensive medical cannabis program bill being considered by our state legislature. If you are unsure who they are, you can go to http://www.scstatehouse.gov, click on “Find Your Legislatures” and follow the prompts. You will then need to go to “Members” to find their contact information. An in-person meeting is always the most effective. Since you are a vet, it is more likely that they will take the time to meet with you. Try and do this before the second week in January, if possible. That is when they go back into session and they are harder to meet unless you do so in Columbia.

Please feel free to contact me if you have any questions or need help at jill@sccompassion.com.