Republicans Embrace Medical Cannabis. In the red state of South Carolina, it may come as no surprise that the District 28 House seat currently held by Eric Bedingfield is being sought after by all Republican candidates. What might surprise some however is that in this group of four Republicans, ALL support medical cannabis in some form.

Once a liberal only idea, cannabis conversations are taking place more and more across the country. Finding way into not only conservative discussions publicly but in very open and supportive dialogue. Many no longer feel afraid that supporting medical cannabis is political suicide. Combining personal experience with recognition of growing public support to improve the health of human lives through medical cannabis is proving to be politically advantageous.

Mr. Bedingfield is one of the best examples of the evolving mindset around cannabis. As someone who once looked down upon it, he is now one of its strongest supporters. Initially he voted against the measure, but later had a change of heart and embraced CBD bill #S1035 which passed in 2014. Having lost his son to an opioid overdose, he is leading the charge that medical cannabis may effectively wean addicts from the grips of dependency. Vowing to continue his work until his term ends in January 1st, 2018, he is Chairman of the House Opioid Overdose Study Committee and is a co-sponsor of House bill #3521 legalizing access to medical cannabis for patients with qualifying conditions. His seat will be filled by one of four candidates; Ashley Trantham, Bill Welch, Jonathan Smith or Krystal Blume.

When asked by South Carolina Compassionate Care Alliance where they stood on legalizing cannabis for medical use, all four candidates eagerly responded. While support varied in degrees and in some cases had personal elements, all Republicans Embraced Medical Cannabis and appeared determined to continue the work Mr. Bedingfield began. 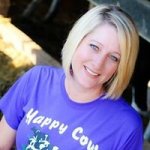 My best friend since 7th grade has cancer. I’m somewhat familiar with cannabis for medical purposes so I would ABSOLUTELY support your bill.Candidate Ashley Trantham 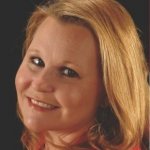 I am in total support of medical cannabis. I have seen first-hand that cannabis works!! Unfortunately, the parent had to obtain the medication illegally!! How can we as a state, deny a medication that has a proven track record and works, and say that you are unable to get in South Carolina!! I too will whole heartily support the Compassionate Care Act!!Candidate Krystal Blume 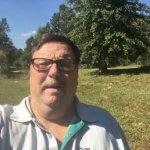 I support the use of cannabis oils in the treatment of folks in pain in place of narcotics. I am working to finish the work Eric Bedingfield started. Until I have more info I will not be able to answer your question fully. I have a son that’s 25 with Autism and would love to see how it could help him but until a complete study is done I do not have any idea what is best. I know the law enforcement on SC is not going to let this just happen, so we need good facts and a way to back up the study. Not trying to be wishy-washy but we all need to have the information to get to the next step if that makes sense.Candidate Bill Welch 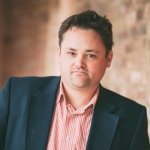 I support what you’re doing and would continue to help you if elected.Candidate Jonathan Smith

Electing candidates that best represent the needs of the people and the state in which they seek to represent can seem like a daunting task, especially if you don’t know where a candidate stands on the issues that matter most to you. And while there are no democrats represented in this particular race, the long-held position of the left supporting cannabis for medicinal purposes, most certainly is. Republicans Embrace Medical Cannabis, you just have to be thorough in scrutinizing their views.

Thank you to each of the four candidates for promptly responding to our request. We appreciate your candid comments making clearer your support for our cause. We are hopeful that this discussion will assist voters in their choice for a new House representative in district 28 and that each of you continue the conversation no matter your future endeavors.

Mr. Bedingfield who brought awareness to the medicinal qualities of cannabis and who continues to fight to bring safe, legal access to patients in our state will be greatly missed. And while it’s hard when strong advocates leave, South Carolina Compassionate Care Alliance has a renewed sense of hope that the new house representative will continue not only the conversation but the fight to bring access to medication patients across our state need and deserve.

In a political atmosphere where division has grown, voters on Tuesday, November 14th may find common ground ‘growing’. Republicans Embrace Medical Cannabis in the most unlikely of places.

Jack has a smirk on his face just about everytime I see him.

I would like to know all politicians in the race that support medical marijuana , not only the republicans. Also. I am neither Rep. Or Dem. I try to vote the person not the party, especially today in this political atmosphere. Please let me know who I can contact in my district, Beaufort SC 29902 who can and will help me begin obtaining medical marijuana for my 26 year old son who suffers with non verbal autism and intractable seizure disorder. He has no life apart from me, he can not even attend the school at DSND now due to his seizures being to frequent and too severe for me to be comfortable sending him or leaving him home with a care giver. My son and I are together 24/7. This is not healthy for him or myself but with his condition being so severe and the limit to good PCA. Care personnel impossible for me to obtain ( I have used PCA In the past and lack of skills and attendance I am not comfortable leaving him) also I believe there should be equal compensation for family members who can not work due to caregiving responsibilities. My son and I live below the poverty level and we are virtually prisoners in our home due to being too poor, after paying our bills to go anywhere, unless a family member or friend treats us.

Hi Jo Anne,
I apologize but I a just seeing your message from last January. My daughter is 11 and has CP and severe epilepsy. We are fortunate that she is able to attend school but I know our days are numbered and we are without many options after that. I also know exactly what you mean about CPA’s. I don’t leave my daughter alone with them for more than a few minutes, if at all.

Regarding the article you were referencing, it pertained to a special election primary which only had Rebulican candidates vying for a single House seat. It is difficult to get a comprehensive list for all candidates because there are 170 representatives in our state legislature between the House and Senate, and for each seat, there may be several candidates. They don’t always answer when you request a position on a particular subject. Regarding your own legislators, they are not divided by county so you have to go by your specific address. You can go to http://www.scstatehouse.gov, click on “Find Your Legislators” and follow the prompts. You are looking for your SC representative, not your US ones. If you have Senator Tom Davis, you will be glad to know that he is the champion of the medical cannabis bill. I feel certain he would be honored if you would share your story with him at tdavis@harveyandbattey.com, which is his business email address. If you have Senator Chip Campsen, please reach out to him at chip@spiritlinecruises.com. Again, this is his business email and the best way to contact him if you want a response. There are a lot more Representatives in your area because the House districts are much smaller. When you find out who you have, please let me know and I would be happy to help guide you in contacting them as well. We have two of our House bill sponsors in the Beaufort area.

I hope this helps. And again, I apologize for not getting back to you earlier. I use my phone almost exclusively and these only come up on my laptop, apparently.

I hope you all have a great Thanksgiving and please feel free to contact me at jill@sccompassion.com if I can help with anything else.