If you had told me five years ago that I would be advocating for the legalization of medical cannabis, I would have laughed out loud.  I grew up in an extremely conservative household during the “Just Say No to Drugs” era and to this day have never smoked marijuana. It was a personal connection that brought me into this fight.  You see…my daughter has severe epilepsy (we have counted over 200 seizures an hour, at times) and traditional treatment methods have not been successful in stopping them.  Medical cannabis has been shown to benefit patients with difficult-to-treat seizures through overwhelming human evidence and even clinical trials.  Medical cannabis is currently legal in 29 states plus the District of Columbia…..but not in South Carolina.  Something has to change.  House District 99 candidates for the Republican special primary tomorrow seem willing to make that happen.  And it seems their personal connections to the issue that are driving their support.

I have worked with state legislators for the past four years on medical cannabis legislation, starting with the CBD bill which was passed in 2014.  I am an unlikely advocate for sure.  But it is the personal connection, the personal fight for medicine for my daughter, that has brought me here.  And it is similar personal connections that are bringing support from our law makers, as well as those who are currently running for office.

Tomorrow, Tuesday, November 14th, people living in SC House District 99 will go to the polls for a special primary race between four Republican candidates.  The seat has been vacated by James Merrill, who has been indited on ethics violations. They are Jarrod Brooks, Nancy Mace, Shawn Pinkston and Mark M. Smith.  Medical cannabis is a popular issue, with 78% of SC voters in support of the use of medical cannabis when recommended by a physician, according to the Winthrop Poll conducted nearly a year ago.  People, especially advocates with personal connections, are really voting this issue.  In order to help the voters of make informed choices about the candidates,  SC Compassionate Care Alliance sent all four candidates House District 99 candidates an email and message via Facebook asking them if they “support or oppose legislation that would create a comprehensive medical cannabis program within the state of South Carolina.”  We received replies back from three of the four candidates.  All Three cited personal connections as the reason they were in support.

Here are their replies: 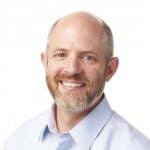 I have been on the Marijuana Policy Project email list since I discovered it about a year ago and have been following progress.  My wife had cancer several years ago and I’ve been thinking about the issue ever since.  I believe medical use marijuana should be allowed in SC.  Unbiased research overwhelmingly favors it in treatments for epilepsy, pain management, glaucoma, Parkinson’s, cancer, PTSD and myriad other illnesses including neurological and psychological disorders.  Jarrod Brooks 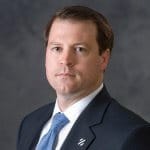 As it relates to medical marijuana, I am not opposed to efforts to allow doctors to prescribe it.   As a veteran. I am aware the VFW has made this an action item for those suffering from PTSD and chronic pain.  I have not read any proposed legislation or corresponding analysis so am unable to take a definitive position on any pending legislation. If elected, I will be sure to consult with Rep. Peter McCoy, who is a friend and a trusted public servant (as well as our primary House bill sponsor). Shawn Pinkston

You can find more information about Shawn Pinkston by visiting his website, www.shawnpinkston.com. 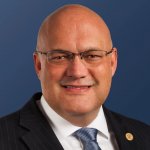 This issue you ask about is a very important and serious matter.  As State Representative, I will support legislation to create a comprehensive, highly regulated medicinal cannabis program in South Carolina for those suffering from specific medical conditions and with a doctor’s recommendation.  My support is based on the serious situations and stories of many dear friends (and friends’ families).  From seizures to Parkinson’s to cancer, many of our neighbors suffering today could benefit from medical marijuana plant derivatives in medical grade form.  I believe it is also important to note that I do not support the legalization of recreational marijuana use.Mark M. Smith

For more information about Mark Smith or any of his positions, please visit www.votemarksmith.com.

We did not receive a reply from one of the House District 99 candidates, Nancy Mace.

Medical Cannabis is certainly an important issue in the minds of many voters as they head to the polls.  As you can see, all three House District 99 candidates who replied to our question site personal connections as their reason for supporting medical cannabis legislation.  For me, it really magnifies the need for constituents to be politically involved, reach out to their elected officials as well as those running for office, and tell their personal stories.  They do have an impact!

If needed, there will be a runoff election on November 28th.  The winner of this special primary election will face Democratic challenger,  Cindy Boatwright. on January 16th.

We (or at least I) believe the NFL shouldn’t care if a player is smoking marijuana or taking other illegal substances unless and until they are arrested for possession or some other related violation.————–Take your steroids, it’s all good until the police catch you taking them?

Dammit, Fishing Bobber was my first thought too.

Hi just wanted to give you a brief heads up and let you know
a few of the images aren’t loading properly. I’m not sure why but I think its a linking issue.
I’ve tried it in two different internet browsers and both show the
same outcome.

Thanks for the “head up.” We’ll take a look.