SC Compassionate Care Alliance will be launching it’s Campaign for Compassion Tour starting Sunday, September 9th at the Aiken County Historical Museum.  The goal of the tour is to provide education to communities across the state on the benefits of medical cannabis. The group also teaches individuals how to advocate for the passage of the South Carolina Compassionate Care Act, which is the comprehensive medical cannabis bill.

Senator Tom Davis (R-Beaufort) and Representative Peter McCoy (R-Charleston) introduced The South Carolina Compassionate Care Act on the first day of session in 2017.  The bill would create a comprehensive medical cannabis program that would be administered by the Department of Health and Environmental Control.  Patients with certain debilitating conditions and a doctor’s recommendation could apply for a medical cannabis card through the Department.  This would allow them to purchase medical cannabis products from a state-licensed dispensary.

The bill made history when it was passed by both the Senate Medical Affairs Committee and the House Medical, Military, Public and Municipal Affairs (3M) Committee.  Unfortunately, it happened too late in session for either bill to be heard on the chamber floor.  The bill must now be re-filed for the 2019-2020 session.  Advocates were not to be discouraged, however.

“The progress the bill made in 2018 demonstrates a growing level of support among law makers.  Now is the time to build on that momentum.  Education is the key to that,”  says event organizer and President of SC Compassionate Care Alliance, Jill Swing. 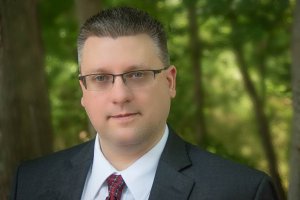 Renowned medical cannabis educator, Sebastien Cotte will be the keynote speaker for the kick-off event in Aiken. Cotte is from Atlanta and serves as a Board Member for the Haleigh’s Hope Foundation.  His son, Jagger, has a rare and debilitating form of mitochondrial disease called Leigh’s Disease.  Sebastien and his wife, Annette, moved Jagger to Colorado to legally access to medical cannabis until laws were changed in Georgia, which enabled them to return home.  Jagger is one of five plaintiffs in a federal lawsuit against the Food and Drug Administration (FDA) and Attorney General Jeff Sessions.

The next event will be in Rock Hill at Winthrop University on Tuesday, September 25th.  Additional cities include, Florence, Charleston, Hartsville, Clemson, Spartanburg, Orangeburg and Beaufort.  For more information on these events, go to the SC Compassionate Care Alliance website:  www.sccompassion.com.

SC Compassionate Care Alliance is a patient advocacy organization that support the legalization of cannabis for medical use only.

It would greatly BENIFIT the cause, if the time was given along withl the date of the first(Aiken,SC) and subsequent meetings about the SC compassionate care act.I Believe many more people would be inclined to attend if they didn’t have to go looking for the time of the event,and it were mentioned along with the date on the first page when opening the e-mail.

Good morning. I’d rather keep my name confidential if if that’s ok with you. But I’m a combat veteran with a purple heart and 90% disability and most of my injuries are brain injury related from an IED blast in 2010. I currently work a normal job as a contractor dealing with public on a daily basis which takes its toll itself on top of all my other symptoms and while I’m not suppose to use cannabis according to rules of my company but it seems to be the ONLY thing that helps. But boy they are quick to throw lorazepam and paxil at you. I just want to know what I can do to help this thing along or at least do my part. I speak for numerous other veterans in the same situations as myself and we are tired of being scared and affraid personally that our whole entire lives and or careers can end just because of somthing that helps to subside numbers of different symptoms aqquired from trying to protect a country we love. Thank you for your time. Have a blessed day.